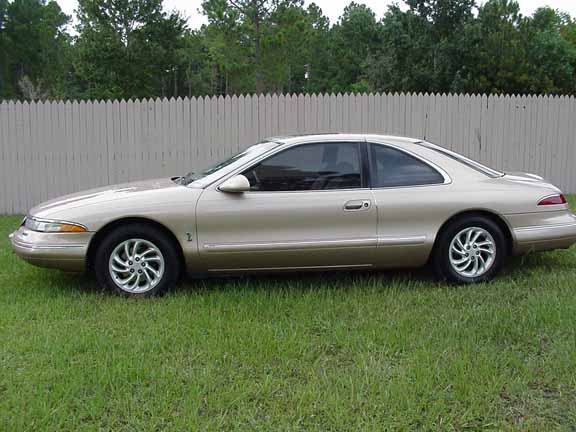 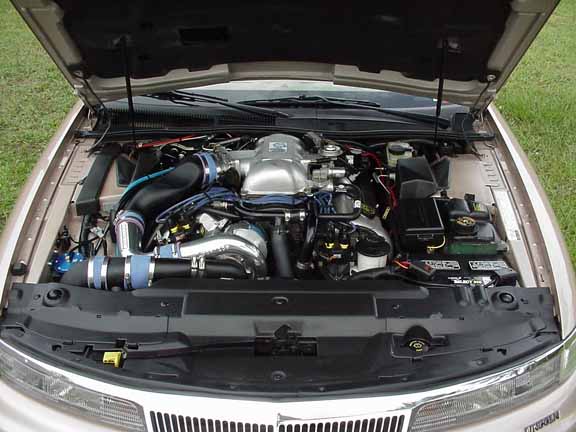 Yes, it is possible! This is Dennis Reinhart's incredible Vortech Supercharged 96 Mark VIII. The car has a 1996 Cobra Mustang complete upper intake manifold with a 1996 Vortech S trim 8lb polished blower for a Cobra. Dennis installed a Cobra Radiator and coolant fan. He converted the  car to true dual exhaust by taking out the third unmonitored Cat and resonator. An 8.8 inch limited slip differential with 3:73 gears from a Thunderbird Super Coupe was installed on October 27, 1999. Dennis is planning to take this modified Mark to Gainesville drag strip for a test run. For more pictures of this unique car see Sandbag's site at http://www.geocities.com/Nashville/1732/vormark.html

These were the car's run times at Gainesville on November 10, 1999: 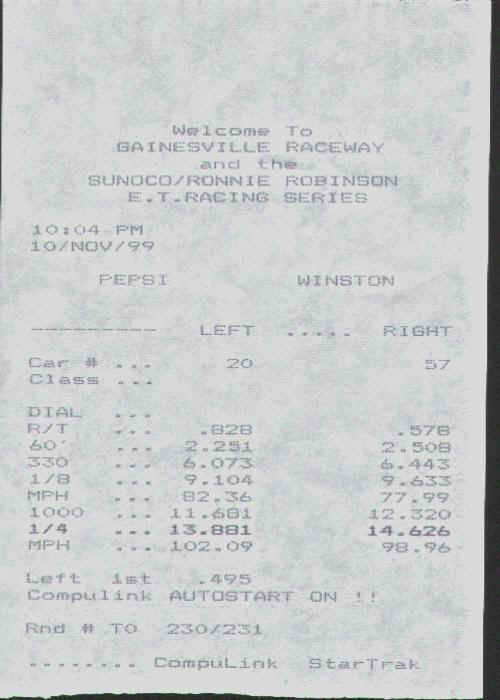 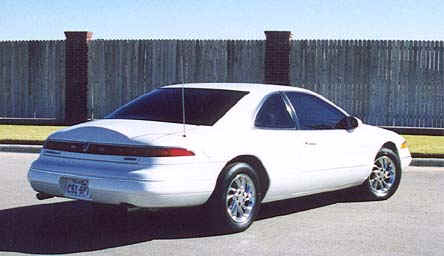 This is  Eric "Canuck" Erickson's 96 Mark VIII. The car is his wife, Shannon's daily driver. This 48K mile beauty is equipped with the Touring Package which includes the JBL audio system and traction control. Eric has done the following modifications to the car: The air filter box has six 1" holes cut out in the front and top. The air filter box now holds a K&N filter. The exhaust is now more free-flowing due to the replacement of the third catalytic converter, resonator and stock mufflers with a large Y-pipe attached to the stock exhaust manifolds to the splitter and two 40 series Flowmaster mufflers with the stock tips set out 2" further than stock. The original wheels have been replaced with chromed Mark VIII 10 spoke directional wheels. The windows are tinted to protect Eric and Shannon from the Texas sun. 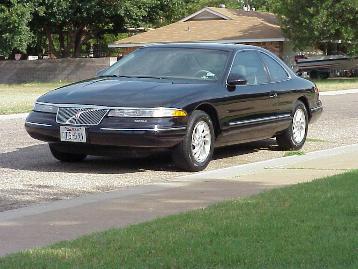 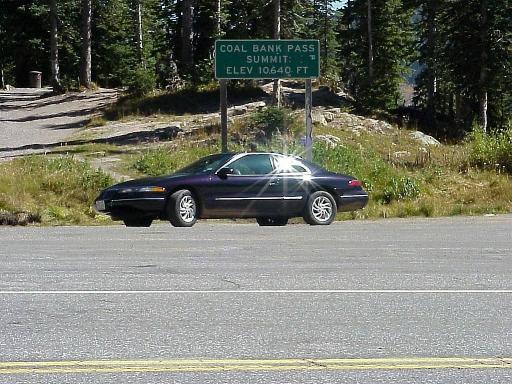 Here's some pictures of John May's 1996 Mark VIII. He bought it July 31, 1999. She has 54,000 miles on it now. So far the only modifications he made to it is the airbox modification. Future plans include the Trans-go shift kit, freeing up the exhaust system and probably a SuperChip. He's not sure what the "official" color is, but he thinks it's called Midnight Black. She looks black at some angles, turning to a very dark purple when the sun hits just right. One of these pictures is from a vacation He took to Durango, Colo. The Mark handled the high mountain air (and the wonderful, twisty roads) like it was built for it.

This is Walter E. Kucinski's Ivory Pearlescent 1996 Mark VIII. He describes its history as follows:

"I had bought my 96 Mark VIII on the last day of November in 97. I had never owned a Lincoln before, but I just fell in love with this shapely, powerful, good looking car. Over the years I found out how much fun it is to drive, so that's why I use it, every day. I've taken my mark VIII, to our local drag strip called Atco Raceway several times. My best 1 /4 mile time was 14.89 at 95.58 miles per hour. As to modifications, I have installed an L S C exhaust system with performance mufflers, 180° thermostat, K&N air filter and modified the air intake. The air intake was modified by cutting an extra hole in the air box then removing the air restriction tube behind the bumper and also the air buffer dam in that area. I added a cold air supply with a three inch duct just behind the grill. I currently have a performance 373 Trac lock rear ordered and can't wait to try it out. I've tried Jets Performance module part #79616 for the computer and went 4/10s slower in the quarter mile. l waited to long to return it. If anyone could use it, let me know. I'm interested in all modification that will improve my quarter mile performance."

This 1996 Mark VIII belongs to Christo "devicemanager" Ramo, it resides in New Hope, PA and the only modifications that have been done is: Smoke window tint Chrome directionals Custom Stereo - Pioneer 8200, Infinity Kappa's all around, 2 MTX amplifiers, Bazooka Tube and 12 Disc CD-Changer. This is one fine ride.